AES: A More Secure Method of Encryption Learn How AES Encryption Can Keep Your Data Safe

Sometimes, traditional data encryption methods just aren’t enough. When dealing with extremely sensitive data that could be disastrous if put in the wrong hands, a higher level of security needs implemented that makes it nearly impossible for any kind of data breach.

When this level of security is required, a specific encryption algorithm known as the Advanced Encryption Standard (AES) is used.

And the great part about AES is that anyone can use it to protect their data. Software like WinZip allows you to both compress and encrypt your data at the same time which can save you time, space, and worry. 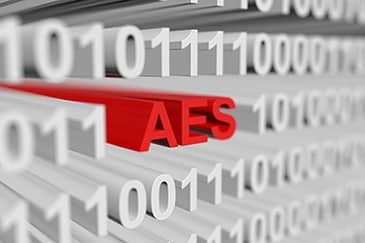 Before AES, encryption was performed using the Data Encryption Standard (DES). Over time, flaws became widespread with this algorithm and after multiple security compromises, it was replaced with AES.

The reason AES is more secure than DES has to do with the length of bits that go into the encryption keys. With DES, the maximum number of bits in a key is only 56, which by today’s standards is relatively insecure for most applications. In 1999, distributed.net and the Electronic Frontier Foundation worked together to publicly break a DES key in less than 23 hours.

Due to its weakness, the National Institute of Standards and Technology (NIST) has removed DES as the standard and replaced it with AES, which can house 128, 192, or 256 bits in a single key.

To this day, the National Security Agency (NSA) approves AES for top secret information as long as it is used within an NSA approved module. 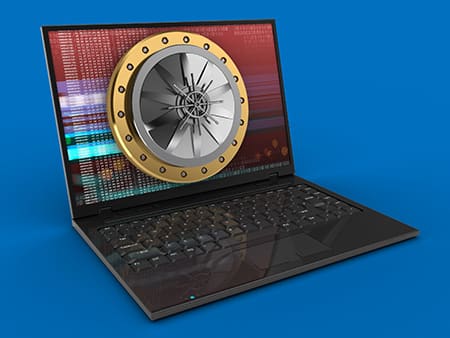 How Was the Current AES Chosen?

Towards the end of DES, when it was widely seen as insecure and could no longer be an effective standard of encryption, NIST announced a challenge to developers to come up with a more efficient and secure platform for encrypting highly sensitive data.

After more than 15 submissions, NIST selected five of the best algorithms, some which are actually used for commercial encryption software today. Of these five finalists, an algorithm created by two Belgian cryptologists was selected and eventually named Rijndael, a portmanteau of their names (Vincent Rijmen and Joan Daemen).

While all of the submissions were shown to remain secure under various methods of attack, Rijndael required very low memory while remaining extremely efficient, which is why it was selected over the rest.

Don't Underestimate the Value of AES

With hacker groups and malware applications seen so frequently in the news, it's absolutely essential to have a quality encryption method in place for any type of sensitive data. If the data you're working with simply cannot get into the wrong hands, AES is the way to go.

The reason AES is such a deterrent to hackers is because it creates such a complex, incomprehensible block of code. So complex that anyone who tries to use brute force to gain access just won't have enough time or manpower to get through.

According to an article on EE Times, it would take a supercomputer one billion years to crack AES-128 with brute force. Correct me if I'm wrong, but I don't see a human succeeding in their lifetime.